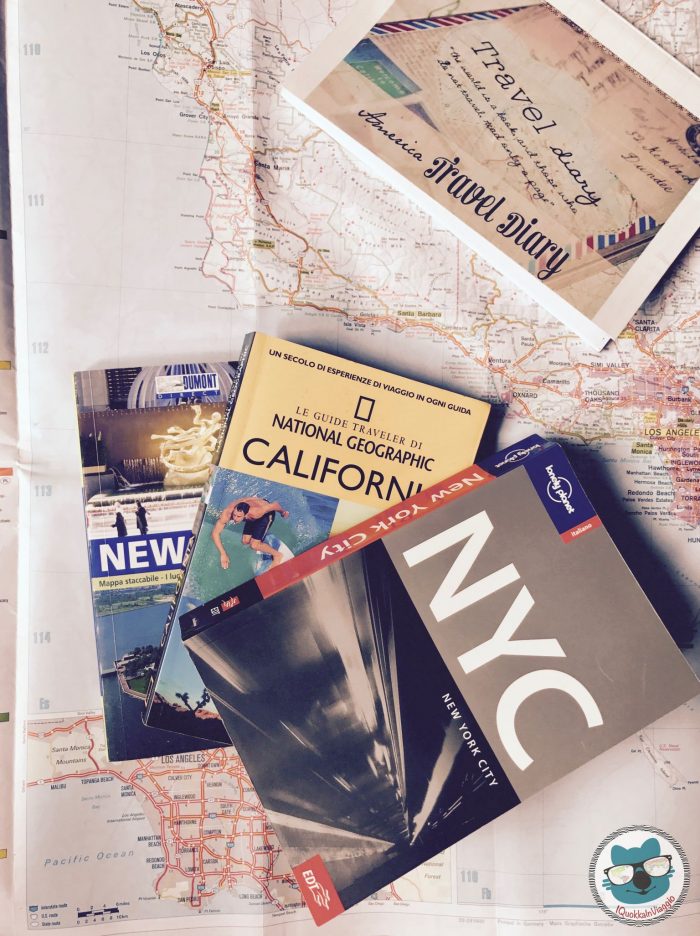 Itinerary: 15 days in the USA from the East to the West Coast

15-day itinerary in the USA from the East to the West coast, from New York to Los Angeles. Trying to condense everything to see as many things as possible, a kind of trailer from the States to see where to come back and what to look into in our future journeys.

When we had to organize our trip to the states we had few certainties: going to see Steppi (Giugi’s brother) in Los Angeles and go to New York. Between the two things we could organize the itinerary as best we wanted!

We started thinking about all the things we wanted to see and do in the USA, but in just 15 days it wasn’t easy to get everything together.

We have learned by now that to start from Genoa and go around the world, the most convenient way is to take the first flight from Genoa airport and go to Rome Fiumicino. From there the possibilities of flights and connections are enormous.

To go to the United States from Rome you have the possibility to choose between numerous direct flights, managed by various companies, with destination New York or Los Angeles.

For our 15-day itinerary in the United States, we spent 3 days in New York. 3 days are not so many, especially for the thousand things to do and see in the Big Apple, but they are certainly a good start to taste Manhattan and to organize the second trip.

After the first 3 very short days in New York it’s time to change sides and head for the West Coast: California! Welcome to California!

We have chosen Laguna Beach as a starting point for exploring California.
From here we were able to see much of Southern California, but staying in a seaside resort.

To get around California we rented a car and therefore, among the things we learned there is certainly how to find free parking in Laguna Beach! (and it’s not an easy thing!)

A full day dedicated to San Diego. In recent years, finally, it is regaining the luster it deserves; a city that has nothing to envy in Los Angeles or San Francisco, much more famous.

You are on the other side of the world from home in California. A few kilometers from your hotel there is one of the most famous parks in the world. And you want us to believe that you don’t want to spend a whole day in there? Whatever your age, the minimum you can do is 1 day with the Disneyland and California Adventure combo package. If you have another day available, we also recommend Universal Studios!

Los Angeles is one of the largest metropolises in the world and perhaps for this reason it is not appreciated by most travelers. We were lucky enough to visit it with an exceptional guide! We spent 3 days visiting Los Angeles and they were super concentrated among the thousand things to do. To make your life easier we have collected 15 things to do in Los Angeles!

On our road trip from Los Angeles to San Francisco, we decided to find a halfway stop. Malibu in one day and one night in Santa Barbara are definitely two stages that we recommend you do because they deserve at least a visit!

San Francisco is a fantastic city! It deserves every day you have available to discover every hidden corner. In two days we were able to see a lot of things and to help you we have collected the 10 basic things to do in San Francisco!

To return from San Francisco to Los Angeles we had two options: to go back the same way we did on the outward journey or to extend the journey by hundreds of km. Obviously we chose the second option and decided to go into California to Yosemite National Park. Every km, every hour spent by car is worth the trip, not only for the park, but also for the trip and the landscapes you will cross.

Ready for the Journey ??

The 5 best Hamburgers in the USA!

15 things to do in Los Angeles